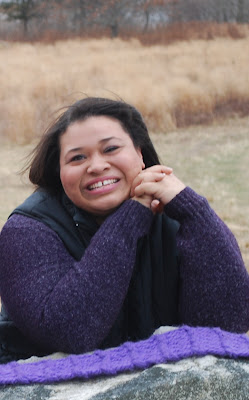 Tashia Levy (stage manager, voice over, all-around awesomeness!) has worked with Cornerstone Playhouse either on or behind the stage for the past three seasons and it has been quite the journey! She has been the Stage Manager for six amazing shows and part of the cast for eight. Some of her favorite roles at Cornerstone have been Benita “Ben” Dover in Ben Dover and the American Dream, Violet in Cratchit’s Christmas and a dreadful Alien in Fly Me to the Moon. Growing up in New London, CT she is very excited to see young talented performers being able to do what they love right in their own backyard and is honored to be a part of it. Starting out in good ol’ community theater some of her favorite roles were Pam in The Replacement, Vera in The Odd Couple: Female Version and Crystal Flakes in The One and Only Santa Claus. She would like to thank her parents who she loves more than all the words, in all the scripts, in the entire world! To her AMAZING family who has cheered her on every step of the way. To C&S who watch over her everyday and make everything possible.
Tashia graciously filling in as seaweed at last week's rehearsal! 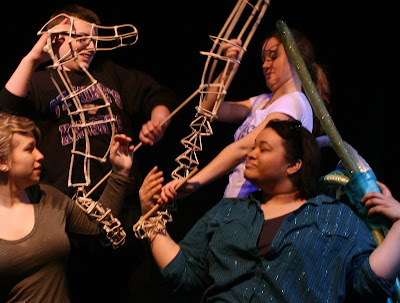 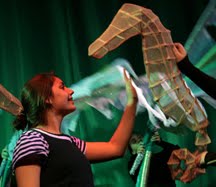